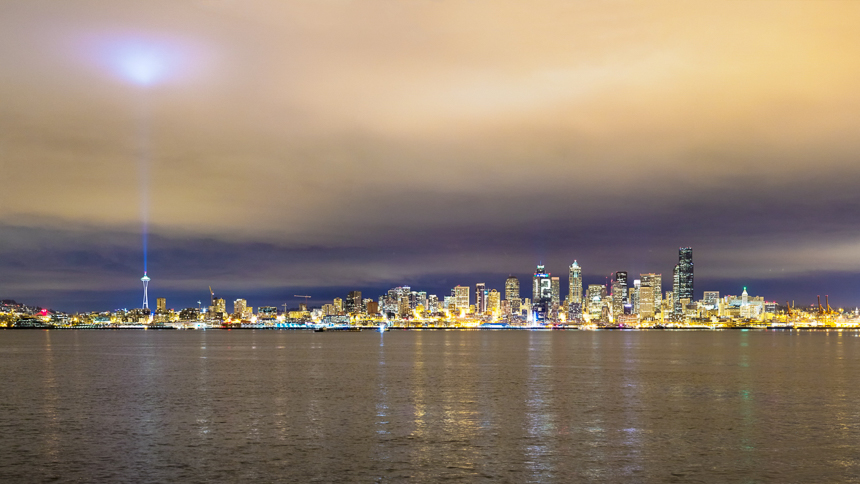 The Seattle Seahawks inspirational 2013-2014 season brought us the best game in Seahawk playoff history with a NFC Championship victory over the San Francisco 49’ers, and a dominating performance over the Denver Broncos in Superbowl XLVIII. A team of players who played with something to prove enthralled the city of the 12th Man. The fan’s energy lingered throughout Seattle as loyal and causal fans celebrated the city’s first major professional sports win in 35 years.

The Russell Investment Center used their building as a beacon to rally the 12th Man. Lights were strategically positioned in the offices to illuminate a giant “12” on the side of the building, clearly visible even from West Seattle. This photo is a 8 image panoramic stitch taken from a West Seattle viewpoint.